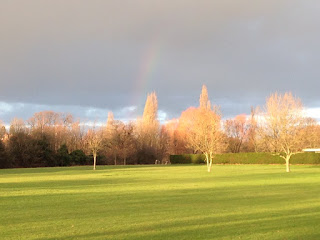 Welcome to the 14th edition of our weekly newsletter for the Mill Hill Community.  Published every Sunday, we bring all the latest news stories, events and other information for people living in and around Mill Hill.  If you like what you see
CLICK HERE TO FOLLOW US ON TWITTER


There is some rather important news to report in our local community this week. We will start with some rather reassuring news from the local Police team.


There have been two recent Knifepoint related incidents on Mill HIll Broadway NW7, not linked to the recent murder. These incidents however were linked and the offendor was arrested,charged and remanded to court. Updates to follow in due course #StopKnifeCrime
— Mill Hill Police (@MPSMillHill) January 21, 2018


Whilst it is disturbing that an offender has been carrying out knife attacks, they have been caught. We owe a huge debt of gratitude the brave police officers who apprehended the offender.  This tweet from the alarm company shows graphically shows the danger they had to deal with.


We are becoming increasingly concerned as to the root cause of the seeming upsurge in crime in Mill Hill. When the Metropolitan Police start tweeting that Mill Hill is a burglary hotspot, it is clear that something isn't working.


Revealed: The London postcodes where homes are most at risk of Burglary.


The government has starved the local police of resources. We've seen police stations closing all over the Borough of Barnet. As the police are removed ever further from the heart of our community, their job becomes more and more difficult. It seems that every time there is a police station closure in the locality, there is a bunfight between local Conservative and Labour politicians, blaming each other. None acknowledge the simple fact that if we want to maintain a world class police service, we have to pay for it. That means every tax payer paying a few pennies a week more in tax. It may not be fashionable to say this, but we believe that everyone in Mill Hill wants to live in a safe and secure neighbourhood.  As a community, we believe we should back our police and give them the tools to do the job. Any politician who says "I support the police" but is not prepared to fund them properly is not being straight with the public.


What is your favourite #MillHill view? Share your pics with us pic.twitter.com/ROjN3AOU8t
— A Better Mill Hill (@ABetterMillHill) October 5, 2017

The team at A Better Mill Hill are keen to express our support for the London - A National Park City - campaign. Let’s make London the world’s first National Park City. A city where people and nature are better connected. A city that is rich with wildlife and every child benefits from exploring, playing and learning outdoors. A city where we all enjoy high-quality green spaces, the air is clean to breathe, it’s a pleasure to swim in its rivers and green homes are affordable. Together we can make London a greener, healthier and fairer place to live. Together we can make London a National Park City.  As Mill Hill is one of Londons greenest wards, how many other wards can you see cows and hrses wondering around?

A certain rather well known football player was spotted being groomed in Mill Hill. Was he getting ready for a job interview.

Alexis Sanchez spotted in Mill Hill, London after getting his hair cut. Is he getting himself ready for his Manchester United announcement? pic.twitter.com/z0Q2XBidkQ
— Transfer Related (@TransferRelated) January 17, 2018


Many residents are extremely fed up with the council cancelling green waste collections, just when we were all putting Christmas Trees out to be disposed of. Who thought up this ridiculous policy.

Christmas trees abandoned in the street. Why?Barnet Conservative policy says we have to wait until end of January to dispose via our green bins. Vote #LibDem in Mill Hill in May to stop this nonsense. pic.twitter.com/DXh0Nk2I1e
— Richard Logue #FBPE (@logueys) January 19, 2018