Lets start with a story that certainly made us here at A Better Mill Hill happy. Long time residents know that Mill Hill is a great place and we also know that many of our local shopkeepers and cafe owners are lovely people. We saw a brilliant example of this, noted on the Mill Hill Families Facebook page earlier this week. Sharon wrote

We think this is a fantastic example of community spirit. Yummies is a great place to have a smoked salmon bagel and a coffee and is run by lovely people. And also a big shout out to Sharon, for taking the time to share this.

This weekend we've seen the return of the French market to Mill Hill and another in our series of Mill Hill Broadway Festival Open Air gigs. At the start of the day, it didn't look too promising with a brief shower and a cold wind. However, by the time we packed up at 6pm, the event had been absolutely fantastic. Here are a selection of tweets and videos from some of our friends! The quality of music was absolutely fantastic.

A big thanks to the Mill Hill Neighbourhood forum, Vibe Market and Mill Hill Music Complex for organising such a wonderful event.

Crime and Vandalism.
.
We'll start with a report on the Mill Hill Families Facebook page. It appears that there is a man harrassing young girls in Mill Hill. The following post was noted

Just to make everyone in the mill hill area aware this morning Taylor was on her way to school when a man on the 240 bus approach her as she was getting off @ mill hill broadway and asked her if she was ok he then continued to follow her to the 186 bus stop asking her questions. She then turned around and walked the other way towards Jenny's where he still continued to follow her !!!! police have been call and she if safe but please make ur kids aware of this and keep the safe from these horrible people !!!!! 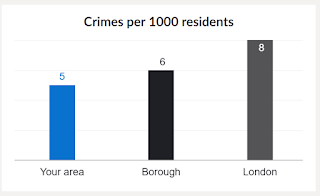 It is interesting to note that 'Anti Social Behaviour' is the most prolific crime in Mill Hill. While these figures sound rather alarming, especially the violence and sexual offences, the statistics also show that Mill Hill is one of the safest and most crime free places in London. As regular readers will know, we've been campaigning to make vandalism and anti social behaviour a priority for the Police and Barnet Council. Whilst clearly violence and sexual offences are clearly more serious, we believe that the figures bear out that a lot of Police time is spent on vandalism and anti social behaviour. We believe that if the perpetrators felt that there was a realistic chance they'd be caught and prosecuted, then this would rapidly diminish, freeing up more police time for the serious crime.

Transport
The Hot Topic (excuse the pun) for Thameslink commuters at the moment is the poor air conditioning on Thameslink Trains.  We promised to keep you informed and the good news is that it appears that the issue will be fixed by the end of November, according to this tweet from Siemens UK, the train manufacturer. Sadly it seems that so far there has been little improvements in services from Mill Hill

Another important issue for many with the festive period approaching is the forthcoming engineering works and service alterations.

👷🚧🎄 Major engineering works are taking place over the festive period


Another major issue looming for commuters is the cancellation of new trains on the Northern Line. The influential London Reconnections website is proposing a huge cut in the number of trains to outer London, to allow a higher frequency service over the most congested central London section.

This is the current frequency pattern

And this is what is being proposed. As you can see, there will be ten less trains per hour to Edgware, with trains terminating at Golders Green. With the huge expansion of Colindale, this seems likely to result in a massive increase in overcrowding on trains departing from Edgware. We also note the plan to divert all Edgware trains via the Charing Cross Branch. This means that teh thousands of commuters who live between Edgware and Brent Cross and work in the city, will not only face a far more crowded commute on a daily basis, but they will have no option but to change at Camden Town.

Likewise commuters from Mill Hill East will have to change at Camden Town to get to the West End. It has long been an aspiration of TFL to split the Northern Line, as the crossover adds limits to the number of trains they can run in the busies section. It seems that the cancellation of the order for more trains may well be used as the justification to achieve this long sought after aspiration.

Of course the London Reconnections website is not official policy, but ,it is well informed and often such forums are used to bounce ideas around.

As far as we are concerned, the cancellation of the order for more trains was a symptom of the catastrophic failure of the Mayors office and the Government to recognise that London needs good transport links and London generates the fast majority of the UK's wealth. We despair at the current games being played between Barnets Conservative Council and Londons Labour Mayor, which saw the council pass a motion labelling the Mayor of London "an enemy of the people". We want grown ups to work together to build a better city for us all.

And Finally, on Remembrance Sunday - from all of us at A Better Mill Hill


We will remember them. pic.twitter.com/ctERHOLYiy
— A Better Mill Hill (@ABetterMillHill) November 12, 2017