Welcome to the 18th edition of our weekly newsletter for the Mill Hill Community.  Published every Sunday, we bring all the latest news stories, events and other information for people living in and around Mill Hill.  If you like what you see

In today's issue we have some rather sad news concerning a good friend of our. We also have a special on Crime in Mill Hill as well as the usual round up of news and pictures. 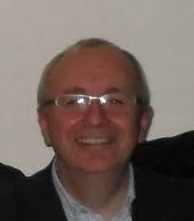 We are saddened to learn of the passing of former Mill Hill Lib Dem Councillor Wayne Casey. Wayne was a councillor for Mill Hill ward between 1994 and 2010 when he decided to stand down as he'd recently married and was moving to Northampton.

Wayne was an exemplary local councillor. During the period in 1994-2002 where the Lib Dems were in coalition with Labour, Wayne used this opportunity to get many things done. He was a champion of localism and was instrumental in getting local area forums set up, where residents could challenge the council on any topic in regular public meetings. He championed sensible local initiatives such as the street skips, that saw the council regularly placing skips around the borough for residents to dump large items. This resulted in a huge drop in fly tipping. Wayne also supported the councils improvements to road safety locally. Under the administration there was a large reduction in people being injured due to car accidents. Road humps and other traffic calming measures were instituted. Wayne was not one to stand on ceremony and regarded being a local councillor as an honour and an opportunity to make things better in his home town.

From our conversations with residents locally, we know that crime is the number one concern of many local residents currently. The Met provide detailed annual and monthly breakdowns on crime. Here is our report.

The crime figures for Mill Hill for 2017 are now available on the Met Police Website.

Local Blogger, prospective Lib Dem Candidate and team member Roger Tichborne wrote a blog recently detailing his views on why we are seeing problems with Policing in Barnet and Mill Hill. Here is an edited version of Rogers summary (Click here to read the full blog).

"I have thought long and hard about why Policing in London seems to be in a state of crisis. I've spoken to local Police as well as more senior Police who are friends. The Met actually have far more officers than in the 1970's. But whereas in 1970's, the many policing generated virtually no paperwork, these days, Police would have spent days writing reports on all of the things mentioned. The Met is flooded under a deluge of paperwork, forms, reports, etc. We pay a kings ransom to ensure that the Police are well trained, then we lumber them with a system whereby they are stuck behind desks filling in reports.

There is a reason for this. Because both the Conservative government and the Labour Mayor don't want to see the number of Police Officers fall as they chop and slash budgets, they have cut the number of back office admin staff. This means that Police Officers have to do many of the administration tasks that lower paid admin assistants etc previously did. An admin assistant may previously have been supporting five front line officers, meaning that each had 20% more time on the beat. That person was maybe paid 1/3 of what the officer was paid or even less. So every three of these that is cut, equates to a cut of nine officers in financial terms.
To summarise, while the spending constraints are a massive issue for the Met, there are  four major issues fuelling the policing crisis in the London Borough of Barnet.
1) Local officers are no longer integrated into the community, meaning that local intelligence is not gathered effectively and the bond of familiarity and trust that facilitates information sharing has been undermined.
2) Closure of local Police Stations has meant that we no longer see the Police as part of our High Street. We have no convenient way to report minor crime to a human being, who can reassure us or give in lost property.
3) We have deluged Police officers with paperwork. When they should be out catching criminals, they are stuck behind computer screens, filing reports.
4) We have removed the administrational support, meaning that highly paid and highly trained officers have to do menial tasks that are a complete waste of their capabilities.

I know that we can't go back to the 70's style of Policing in London, but there are lessons to be learned and the main one is that Police Officers have to be far more integrated into our community. We need to be far less "statistic driven". I'd welcome any guest blogs on this subject. I'd be especially happy to have on or off the record blogs from serving Police Officers. Am I right? Am I talking out of my backside?"

There has been much talk locally of setting up a private scheme to patrol Mill Hill. A Police officer we discussed this with noted that if it was successful, it may actually result in less Police resources being directed at Mill Hill. It seems that Mill Hill residents are caught in a catch 22 situation.

Protecting your garden and outbuildings not only keeps bikes and other valuables in your shed safe, but can also stop burglars getting into your home. 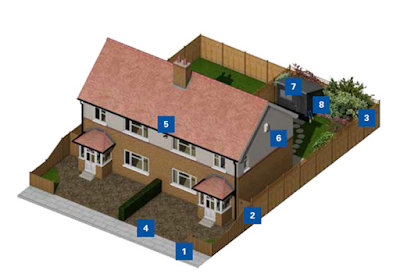 1 - Low front boundary; keep hedges and walls at the front of your house low (under 1 metre) so burglars have nowhere to hide.
2 - Secure side gate; keep side gates locked at all times. Open gates mean burglars can easily access your home without being seen by passers-by or neighbours.
3 - High side and rear boundaries with trellis and spiky defensive planting; keep hedges, walls and fences around your back garden high (over 1.8 metres). Add lightweight trellis to gates and fences and plant some prickly plants such as those on page 4 to make it harder for burglars to climb over.
4 - Gravel driveway and path; gravel driveways and paths make it harder for burglars to go undetected.
5 - Security light; install an outside security light so that intruders can’t approach without being seen.
6 - Intruder alarm system; install a burglar alarm system.
7 - Secure shed door and window; always keep your shed locked and secured. Often sheds contain valuables such as power tools and bicycles.
8 - Never leave tools lying around; never leave tools lying around as they can be used as a way of breaking into your home.
Other Mill Hill News & Photos

Sadly we still seem to have vandalism and squalor in Mill Hill Broadway.


On a happier note, we have an arts and crafts fayre next weekend

Looking for a fun night out in Mill Hill in March?

Over 55 and baffled by Computers?


Are you a Lady? Fancy playing a bit of Rugby?


@atherley_king - You were asking about Ladies rugby here at Mill Hill RFC... It looks to be on its way sooner rather than later!!! Contact @lil_miss_gems if you're interested :D
— Mill Hill Rugby Club (@MillHillRFC) February 16, 2018