Pentavia Update - The Developers are getting serious

It seems as if the developers behind the Pentavia scheme, which will see buildings of up to 18 stories replace the former retail park, where TGI Fridays and Homebase were based, are starting to aggresively market their scheme. This week, they have paid for a wrap around on the Barnet Times local paper. The advert makes no mention of the issue which concern many people and have resulted in a huge number of objections. 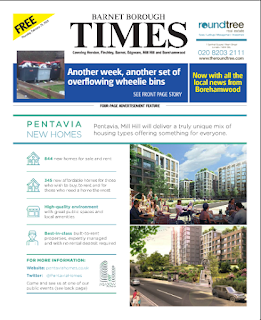 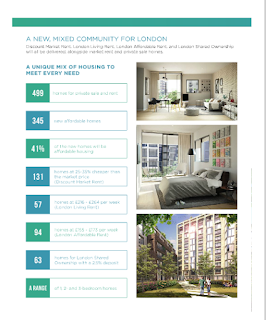 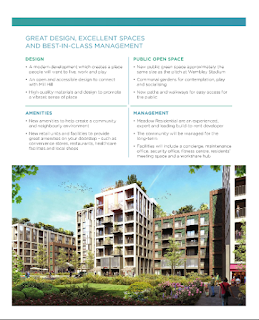 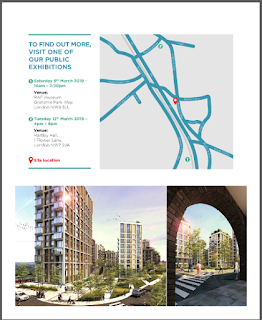 The scheme was rejected by Barnet Council due to the size and scale being out of keeping with Mill Hill. The application received 686 objections and 4 supporting comments.  If you want to object, details are on the GLA website.

Focus team member Roger Tichborne spoke at the Barnet Council planning hearing. Here is the text of his speech to the committee that resulted in the rejection of the scheme by Barnet, which resulted in the Mayor of London taking over the scheme.

I have been asked by a group of over 20 independent Mill Hill Residents, all of whom asked permission to speak tonight,  to represent them and put across their objections. The Barnet Cycling Campaign have also allowed me to speak on their behalf.


It is recognised in the Council report, and all residents are of the opinion that the scheme is not in keeping with the existing nature of Mill Hill and does not meet the councils planning brief requirements.  The Barnet Cycling Campaign believe that the proposal is against the planning brief and Mayor’s Transport Stragey.


As a business owner, it is clear that the scheme will do nothing to increase provision of low cost housing for local people on the wages typical in Milll Hill’s health, social care, industrial and service sectors, meaning a key aim of the London plan is not fulfilled


The number of households this scheme adds to the area, over 700, in excess of  2,000 residents, will put severe strain on already overstretched local facilities such as Schools, medical centres and local green space. Parking in surrounding streets will all be affected negatively, along with congestion caused by large numbers of residents having to drive to and from the already overly congested Mill Hill Circus/Fiveways corner to turn around for access to the site largely during rush hour.


The increased building area and hardstanding will increase water run-off and therefore worsen drainage issues and surface water problems, with no proposed mitigation. These are already evidenced by frequently seen large and dangerous pools of water by Bunns Lane Bridge creating traffic hazards during times of heavy rainfall.


The application gives scant regards to the realities of the situation regarding local schools. The site will not be in the catchment area for Mill Hill County High, the nearest co-ed secondary school, which is heavily oversubscribed.


Of the local buses, the 221, as my son who attended school in Finchley found, is overloaded during rush hour as is the 113. The stated aim of increasing cycling will not be achieved, noted by the Barnet cycling campaign who said


“that the development in Pentavia Park does not fulfil either the planning brief or the wider aims of Barnet Council and the Mayor of London in terms of cycling. In particular, we can see little


indeed send it the other way.”


It is also likely that residents will be regularly exposed to extremely poor air quality on entering and leaving the buildings.


In summary, we urge the committee to reject this scheme and send a strong message to the developer that Mill Hill Residents will keep objecting until such time as they put forward a scheme that is in keeping with the localilty and works for Mill Hill, not just for their narrow financial interests. If developers are not prepared to respect the views of residents, then the council or London mayor should use CPO powers to safeguard residents interests, as happened with a South London football club site, and build homes for key workers at an appropriate density.


These are all key points you may want to raise in any objections you wish to send to the Mayor.