Welcome to our first newsletter of the New Year. Let us start by wishing all of our readers a happy, healthy and propserous New Year. 2019 promises to be a year of change for not only our nation but our local community. There are several large planning applications under consideration that are likely to have a major impact on our community should they be passed.

This is now with the Mayor of London, who has taken over responsibility for the planning decision. You can read why in this letter sent by Mayor Khan to Barnet Council. You will note that Mayor Khan seems to be keen to realise the potential of the scheme to increase social housing in Barnet. As this is not part of the existing scheme, we are mildly confused by this.

Our local GLA Representative and former MP for Hendon, Andrew Dismore has announced his retirement from politics. The Team at A Better Mill Hill wish to thank Mr Dismore for his efforts for residents from his election as MP  in 1997 to his work for the GLA. Whatever your politics, Mr Dismore has always been recognised as a hard working representative, who was exemplary in his dealing with casework for local people. We wish him well for the future.

Mr Dismore said:
‘I have today notified the London Labour Party that I shall not be seeking reselection as the Labour candidate for Barnet and Camden in the 2020 London Assembly elections.
‘It has been a privilege to represent Labour over the years, to have been involved in so many campaigns, and to have been able to help so many constituents with their concerns and problems.
‘In 2012, winning Barnet and Camden’s London Assembly seat for Labour for the first time enabled me to expose Boris Johnson’s many shortcomings, fighting his cuts especially to the fire brigade and police. Winning for a second time meant I could at last back a Labour Mayor of London in supporting our services, building new homes, and taking on the battle over Brexit.
‘However, after almost 40 years in elected politics as a Labour Party councillor, MP and now Assembly Member, it feels the time is right to stand down at the May 2020 London elections. My decision is not on political but personal grounds. After so long a time in front line politics, I would like to help and encourage someone else to have the opportunity of representing the people of Barnet and Camden.
‘Needless to say, I will continue to serve the two boroughs for the remainder of my term of office. I will also do all I can to support Labour’s new candidate for the 2020 Assembly election to retain the seat for Labour and to re-elect Sadiq  as  Mayor.’

Members of the local Roman Catholic community are mouring the unexpected passing of Fr Eamon Raftery, Priest at The Church of The Sacred Heart and Mary Immaculate in Mill Hill. Fr Raftery has been a well liked member of the Parish Pastoral team since arriving in 2016. He passed away unexpectedly on Sunday 6th January. His funeral details are to be announced. There is a full obituarty on the Sacred Heart website.

Fr Eamon was a wise priest and his writings were recently featured by the Barnet Eye blog, speaking about the environment and our responsibilities. Fr Eamon suggested an answer to the question "Who are our neighbours" which was most thought provoking.


"They aren’t just the people living next door that are in a ‘space’ near us, but who will come after us, who are neighbours in ‘time’. We should not take more from the earth than that we need. We must decide not to be thieves of earthly resources - energy, food, water, trees, paper  - using them more than necessary, or wasting them, because this means taking them away from those coming after us."

Ex-Lloyds Bank - The planning application to convert this into a Dominos Pizza outlet has been passed on appeal.

Pizza Hut - Whilst on the subject of Pizza delivery services, Pizza Hut have also applied for planning permission for a makeover of their shop front.

Former Hee's Takeaway - This will be opening shortly as a beauty salon.

There is an application to change the route used by construction traffic for the NIMR. Full details are on the Barnet Council website.

Belmont childrens zoo on the Ridgeway has applied for planning permission to build accomodation for workers at the establishment. This has attracted 13 local objections and one neutral comment. The Mill Hill Preservation Society has objected. We note no comment from The Mill Hill Neighbourhood forum has been made. More details on the Barnet Council website

Other local news in brief.

Flytipping in Goodwyn Avenue. The latest tippings were cleared this week. We have been unable to secure any commitment from local Councillors to get serious on enforcement by installing CCTV cameras.


We informed @BarnetCouncil of the latest tipping at the Goodwyn Ave NW7 flytipping hotspot four days ago. Sadly it grows by the day pic.twitter.com/SRtN3Fh9VP
— A Better Mill Hill (@ABetterMillHill) January 2, 2019


Litter Pickers. The Mill Hill Litter Pickers were out in force last week. Congratulations to all for their efforts

@RoyalAcadMusic ... @MHMTC_ is looking for an MD/accompanist for our October 2019 production of Oklahoma! please contact info@mhmtc.co.uk if interested or for further info. Thanks pic.twitter.com/NtcHAU6AvI
— Mill Hill Musical TC (@MHMTC_) January 11, 2019

Mixed ability rugby is for anyone 16+ with various physical/mental disabilities and learning difficulties. The sessions are FREE to try to get people more active, improve social skills and confidence. Share the word and let people know about their local #projectrugby team. 🏉 pic.twitter.com/bT62nbDxSo
— Mill Hill RFC Project Rugby (@MillRfc) January 8, 2019


The Matt Waites Quartet - 16 Jan - Matt is a lovely, melodic, alto saxophonist who performs in the classic be-bop style. One of those players who studied in America his impressive technique and liquid sound are testament to a fine talent. Please RT. pic.twitter.com/zebS6NHHsM
— Mill Hill Jazz Club (@millhilljazz) January 11, 2019 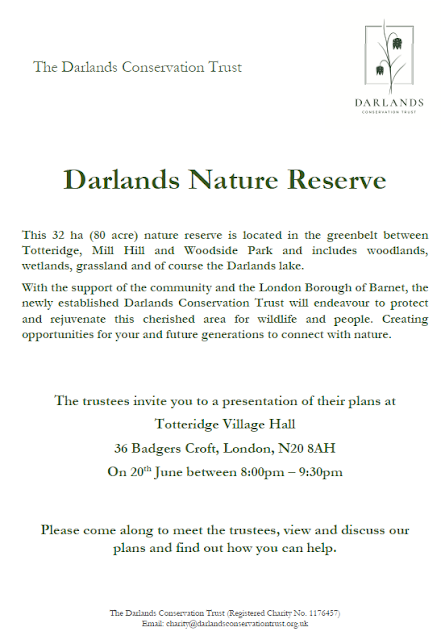